Many years ago, when we first started to bring guests to Doc Warner’s, our boat motors were 35 horse power 2-stroke Suzuki’s. At that point, all we knew about being mechanics was that motors stop working when they run out of gas. 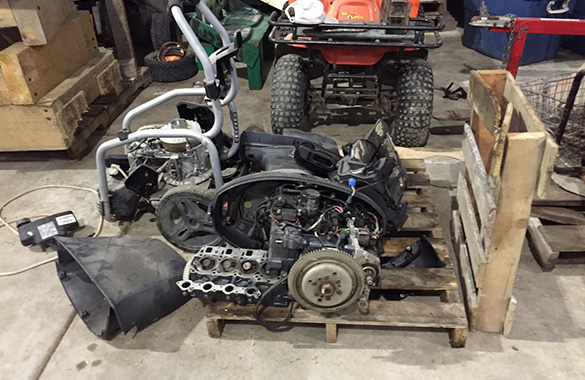 So as the trusty mechanics we were, we bought our gas from the fish cannery some two miles to the north. We transported the gas in 55 gallon drums by boat to the lodge. The system worked well as far as buying and transporting were concerned, but the cannery had a minor problem. They always had water in their gas. We tried to be careful and not let water get into the gas tanks on the boat, but, as expected, we weren’t always successful.

The first sign of trouble came as the phone calls started rolling in from the guests to report that their motors had stopped running. We would jump in a boat and drive to the stalled boat. Then we would call our mechanic friend in Juneau, (50 miles away). Very methodically, we began diagnosing the problem by describing to him, over the phone, the sounds coming from the motor when we tried to start the engine. 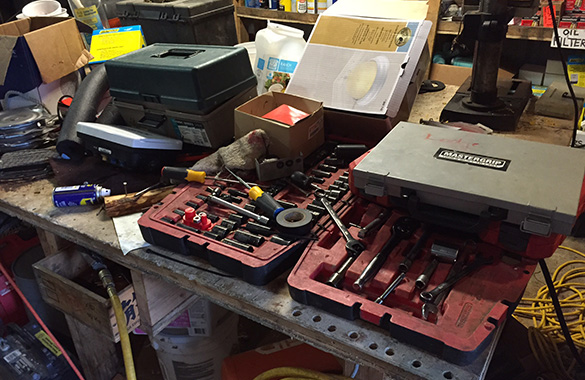 It didn’t take long before we became quite proficient in removing water from the fuel lines. However, when the problem was not contaminated fuel, the diagnosis became more difficult. The mechanic would ask something like this: “Does the motor sound like chunk, chunk, chunk or ching, ching, ching? (Try that diagnosing method sometime when you are sitting in a boat with the waves crashing, the wind blowing and someone has a fish on.)  Somehow, and in some miraculous way, we slowly learned how to diagnose motor problems on the water. Even more importantly, we gained experience in preventing the most common problems. The move to 4-stroke engines with computer diagnosis happened simultaneously with rapid growth in our number of guests. As a result, Doc Warner’s now has a full-time mechanic and updated repair facilities.

However, when someone calls in from the water, we often revert back to asking whether the engine is chunking or chinging!