Although many people equate the State of Alaska with long, snowy winters, moderate temperatures and abundant sea life make Southeast Alaska a sport fisherman’s dream. The predominant colors of Alaska’s Inside Passage are green and blue — green for the lush vegetation of the Tongass National Rain Forest and blue for the passage’s pristine waters. 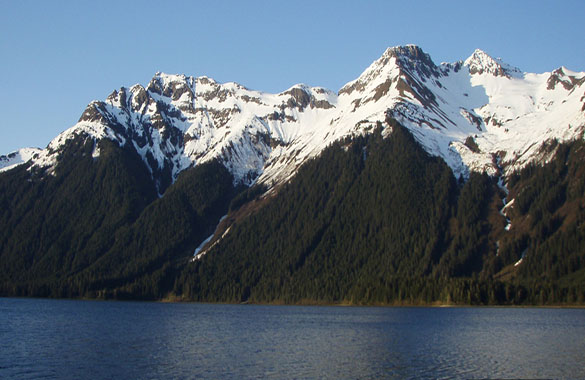 Even though Southeast Alaska has a reputation for rain, the area where Doc Warner’s Fishing Lodge is located rarely receives full-blown downpours. This part of the state generally enjoys precipitation in the form of a fine mist, and that’s what keeps the vegetation green and the fish jumping. The Excursion Inlet area receives an average of 40 inches of precipitation annually.

Average daily temperatures in May range between 55 and 60 degrees Fahrenheit. Light layers of clothing are advised for optimal comfort, and you should always make certain to wear sturdy, slip proof footwear while on the fishing vessel and the docks.

Temperatures heat up in June and July. Although the average daily temperatures are in the 60s, it is not unusual to see highs in the 70s and even in the 80s. July is the warmest month, and the highest temperature ever recorded in Juneau was 90 degrees in 1975.

As an added bonus to the great fishing and balmy weather, visitors enjoy lingering twilights which give birth to some of the planet’s most spectacular sunsets. A Southeast Alaska sunset can last for as long as two hours. 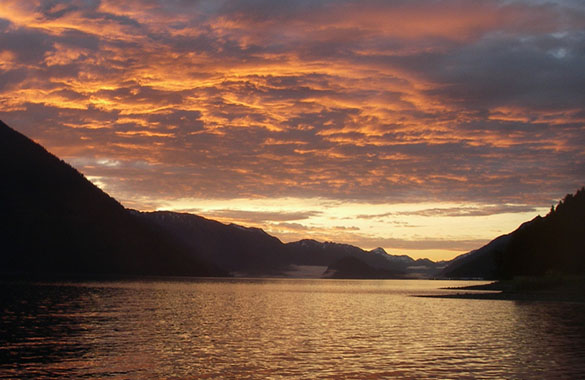 August isn’t far behind July as far as high temperatures go, but toward the end of the month, you can definitely feel the presence of autumn in the air. September is the wettest month of the year here, and October is usually the start of the winter storm season in the Inside Passage.

Another benefit to choosing a fishing destination in Alaska’s banana belt is that you won’t run the risk of many encounters with the Alaska State Bird, the mosquito. Mosquitoes thrive in areas that are rife with abundant standing water, and that’s not a characteristic of the Excursion Inlet area. Mosquitoes are so thick in the interior of Alaska that mosquito netting is required wear among fishermen on some parts of the Yukon River. They’re rare in the Doc Warner’s area, so chemicals and cumbersome attire are not needed.

Because both el Nino and la Nina impact Alaska’s weather patterns, no two summers are quite alike. This year, however, is predicted to be an average summer in Southeast Alaska, and average summers are spectacular here.