When guests ask us how we built such a nice facility in remote Alaska, our standard answer has been: “If we had known what we were doing, we would never have attempted such a big project.” In this post Doc tells how Marv Prestridge saved the project of building Doc Warner’s into a fishing lodge. 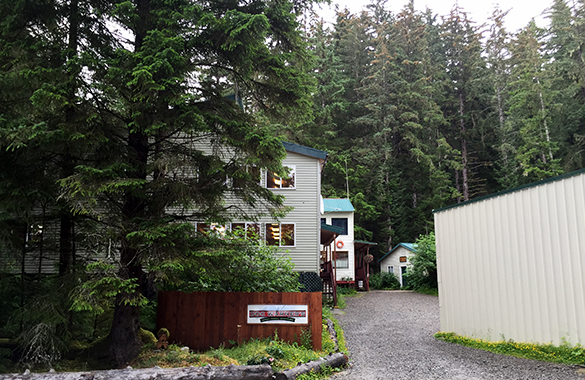 We had been tent camping and fishing in the same area for 17 years and we yearned to have a permanent place for our guests. In September of 1997, we successfully purchased a 4.3 acre tract of land at a Haines Borough public auction. By the spring of 1998 we had plans for a small lodge and assembled materials and workers.  Prior to starting construction on the lodge, the only experience I (Doc) had building was a small porch platform in front of our mobile home when we were college students.  As a result, in times of need, we turn to our friends and that is exactly what we did in assembling a construction crew.  I still had a full-time job and couldn’t be onsite for much of the construction (which was probably a good thing.) The skilled labor included someone to oversee the concrete work who had poured a few sidewalks. A carpenter who had once built a small barn and my son, Mark, who was a mechanical engineer student and had never built anything with wood.  We covered the rest of our trade skill needs by assigning our other children to be experts in electrical and plumbing.  We didn’t have time to worry about the fact that they had done neither of these tasks during their young lives.

I was in Alaska to help clear the timber and undergrowth and then I returned to Utah to my ‘real’ job.  Each evening Mark would call to give me a progress or lack thereof report.  By day two, I knew we were in big trouble.  It is much easier to draw plans than to build buildings. About 4 day into the project, the fervency of my prayers had increased 10 fold.  Phone descriptions of the work were ugly and the confidence of the crew was in a downward spiral. Then my prayers were answered: Thursday evening I received a phone call from a friend who was fishing in Alaska.  The caller, Richard, said he had been telling his friend about my project.  The other fellow, Marv Prestridge, said he would do anything to build a lodge in remote Alaska.

Marv was a retired building contractor who lived near my home in Utah.  Three days later he was in my front room asking if he could help.  Five days afterwards, he was onsite in Alaska.  He even paid his own airfare and brought his wife to help! The day he arrive on the job, I swore that I heard faint cheers from 1500 miles away.  Marv was not only a skilled builder, he was an experienced project manager. 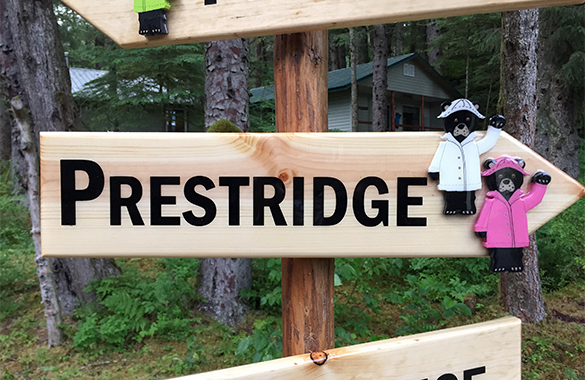 Over the next 10 years, Marv was with us almost every summer and was involved in all our construction projects.  When you come to Doc Warner’s and see the name ‘Prestridge’ on one of the cabins, you will understand where the name originates.  Marv and Carla Prestridge were two angels who were sent to Doc Warner’s in our time of need.